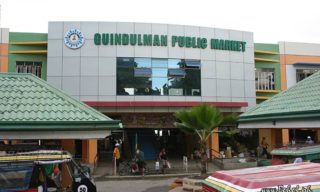 Guindulman was once a small settlement under the parochial territory of the municipality of Jagna. Records of the National Historical Commission declared that this settlement was first managed by Jesuit priests up to the year 1768 and then they were replaced by the Augustinian Recollect Fathers. On May 5, 1797, during the time of the Augustinians, Guindulman was declared a municipality.

How Guindulman Got Its Name 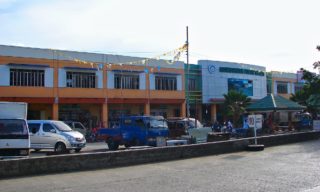 The first settlement of Guindulman was a small clearing inside a dense forest of tropical trees and shrubs. If twilight falls, the area became dark or “Tulum in the local dialect. At that time, there were only two towns in Bohol: Jagna and Batuanan (now Alicia). Travelingby foot from any of these towns, people are usually overtaken by darkness or “guinduluman” when they reach the settlement. Thus, the settlement was often referred to as Guinduluman which later was changed to Guindulman.

During the Spanish Regime 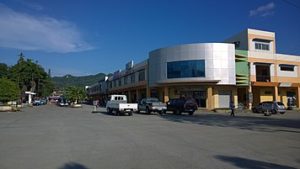 The Spaniards ruled Guindulman with an iron hand, forcing the natives to build edifices such as churches and a convent. Guindulman is the only town in Bohol where the Spaniards built two stone churches; one facing east and the other facing west.
During the Dagohoy rebellion, Guindulman played a major role. In 1827, in a final push to defeat Dagohoy’s followers, the Spaniards made a three-pronged attack. A group from Mactan Island landed in Talibon another group came from Cebu and landed in Calape; and the 3rd force started from Guindulman led by Comandante (Major) Manuel Sanz, accompanied by the Parish Priest, Fr. Narciso Hernandez, the first native-Filipino to become an Augustinian Recollect priest.
On March 12, 1875, the barrio of Guindulman known as Quinale was made into a separate town in the civil aspect only and named Anda. On July 18, 1885, Anda became an independent parish and on March 19, 1885,became a Diocesan Parish and dedicated to the Santo Niño or the Holy Child Jesus. Royal approval was given on January 6, 1885 and finally implemented on July 18, 1885 with Fr. Julian Cisnero as the 1st Parish Priest.

Under the American Regime 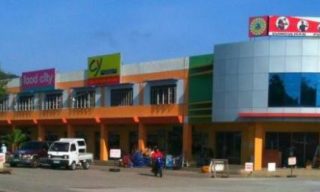 In 1896, the Fil-American war broke out. The American forces were superior in the arts of warfare and in their weapons, so, in no time at all, the Philippines fell into their hands. In March 1899 Tagbilaran was captured by the Americans.
The Regional Revolutionary Government of Bohol was moved to the interior part of Bohol. Guerrilla resistance continued until on September 15, 1900 more than 100 American soldiers were massacred at Kabantian Pass – a narrow pass along the highway between Duero and Guindulman. Captain Martin Cabagnot and a handful of his men were armed only with bolos and spears and carried with them “anting-antings” or magic charms.
After months of bloody warfare, the Boholanos were finally subdued. Guindulman town was occupied and governed by the Americans. Under them, roads and bridges were constructed and the natives were educated in the English language. Those found to be intelligent were promoted and at early ages became teachers.

During the Japanese Occupation 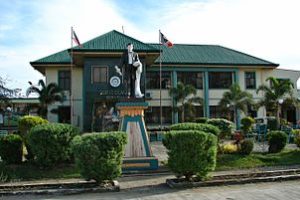 Being an American colony, the Japanese Imperial Forces attacked the Philippines when they laid siege to the Hawaiian Islands and World War II broke out. Eventually, Guindulman succumbed to the Japanese attacks and the town became their garrison.
The Japanese Army were harsh and cruel, as related to me by my father, Eleuterio M. Olaer, who was a small boy at that time. The Japanese often tied up their victims to their houses, bayoneted them then burned their houses down. The women victims fell prey to their lustful desires and were often raped then killed. These images were vivid in my father’s mind that’s why when he happened to work with a Japanese consultant, he cannot help himself and says to me that his “blood boils” whenever he sees any Japanese.
Because of the Japanese’ atrocities, the native residents of Guindulman fled to the hills and were separated from each other. The evacuees subsisted only on root crops, coconuts and other fruits that they found in the hills. Still the Japanese carnage continued and in retaliation, the people raised their arms against their oppressors.
The late Provincial Governor Esteban Bernido, a distinguished Guindulmanon and World War II hero, organized the first guerilla force in the province which was called the Bohol Area Command. It was in this town and under his leadership that the first burst of guerrilla warfare was waged against the Japanese in 1943. For safety, the town government was temporarily transferred to one of the barrios. The natives often used the hit and run tactic causing heavy casualties on the Japanese ranks.

After the bombing of Hiroshima and Nagasaki in Japan, the Japanese Imperial Army conceded defeat and World War II ended. Again life under the Americans continued in all Philippine Islands until the time when Independence was declared. Slowly, all Filipinos gained their footings. More and more people were educated and trained in public administration and held public offices. Guindulman slowly progressed although it was challenged from time to time with natural calamitous events that often left the town in total devastation.
But the hardy facets of the Guindulmanons always come to the fore. Sturdy and resilient, they always stand up and face every challenge that comes to them. There are still a lot to be done for the town to really progress, yet with concerted efforts of its inhabitants; the envisioned bustling and progressive Guindulman will become a reality!